Between Nutrition and Medicine

Health is one of the biggest social issues and access to in-depth information has never been easier. Nevertheless, there are many reasons why healthy eating is not part of our daily routine. People are often disorganized or do not have the time to learn more about food and nutrition. One sector of the food industry has stepped forward to meet the need for healthy food with minimum fuss. Functional food promises human health benefits. 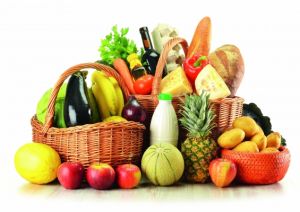 There is certainly a big demand for food that offers health benefits (Picture: monticellllo - Fotolia.com)

Functional food is available in many different variations. In most cases, the food products are designed to contain healthy ingredients and prevent nutrition-related illness. The products can pep up the body‘s immune system, improve cardiovascular health, reduce cho-lesterol, enhance skin appearance, increase bone density or meet the special needs of athletes, the elderly or small children. The bandwidth is simply enormous. No uniform definition of functional food exists in Europe at present. However, to prevent arbitrary statements and protect consumers, the European Food Safety Authority (EFSA) assesses the effectiveness of functional ingredients before product claims can be communicated to consumers.

The focus here is on functional, bioactive health ingredients which within the context of a complex food matrix are particularly effective from the nutritional physiology standpoint. The term bioactive substance refers to non-nutrition ingredients in food which promote human health. Most are secondary constituents of food plants, fiber or substances from fermented food.

The production of functional products represents both an opportunity and a challenge for the food industry. There is certainly demand for food that offers health benefits. On the other hand, the criteria that apply to food are different from those in the pharmaceutical industry. The primary role of food is to meet an essential need and provide eating enjoyment. This applies equally to functional food which has added nutritional benefits. If it fails to meet demanding consumer taste, texture and appearance expectations, no one will buy it a second time. The benefits also have to be scientifically verifiable. EFSA puts the specific claims made about the various ingredients to the test and publishes the results. The putative antioxidative effect of a whole range of common ingredients such as beta carotene and lycopene has, for example, not been substantiated.

The bioactive ingredients must also retain their ability to produce the desired effect during industrial processing. Physical and chemical processing must not degrade product quality nor impair the specific mechanisms which render the ingredients effective. Specific inherent technological properties of the functional ingredients such as solubility or temperature sensitivity may create impediments to industrial processing. The challenge facing the food industry and product developers is to find the right balance between health and eating pleasure while delivering the top quality products which consumers expect.

The Importance of the Recipe

Poor solubility in water or oil, rapid breakdown, difficulty in controlling dosage levels and insufficient bioavailability are factors which make it impossible to use many bioactive ingredients without further processing in food. If due to their molecular structure the ingredients exhibit additional surface activity as is the case for example with phytosterols, their incorporation into food systems becomes even more difficult.
Organic compounds are often used as carriers to ensure that the ingredients are available in the desired bioactive form. The role of the carriers is to dissolve, disperse or modify bioactive ingredients. They facilitate and standardize handling of the ingredients during production of functional food. Carriers are also relevant when producers want to include only small concentrations of additives.

Phytosterols are a good case in point which illustrate the importance of specific formulations for functional food. The ability to exploit their nutritional potential for reducing serum cholesterol depends to a very large extent on the formulation. In crystalline form, the dose is least effective by a wide margin. As a result, phytosterol fatty acid esters are often used to enrich food with phytosterol. With this variation, the effectiveness of the dose and the solubility of the phytosterols in oil increases by roughly a factor of ten compared to crystal-line phytosterols. Sufficient concentrations are available for processing in high-fat foods such as margarine.

In order to use phytosterols in a variety of food systems, the formulations have to be water dispersible. Moreover, phytosterol fatty acid esters at the optimal intake rate of 2 to 3 grams per day are not as effective as would be expected for freely dissolved phytosterols based on the results of clinical studies. The challenge therefor is to create formulations containing chemically unbound, non-crystalline phytosterols which allow food makers to substantially reduce the daily dose that is needed to produce the same effect. Oil-in-water emulsions, liposomes and micelle systems can do just that. It is important to ensure however that all of these substances (e.g. solvents) have been approved for use in food products.

Suppliers Take on the Role of Solution Providers

As the job of developing food formulations becomes more demanding, producers that sup-ply functional ingredients will have an increasingly important role to play. They will have to extend their portfolio beyond product delivery to include consultancy and support. Suppliers need in-depth expertise in nutritional science, regulatory issues and technology. Working from this base, they can join forces with food producers to develop functional products which can be brought quickly to market, meet very high quality expectations and have no negative sensory characteristics.

„A real understanding of formulations, technologies and production methods is crucial for future market success,“ said Rudy Wouters, Head of Food Application at Beneo, a leading producer of functional ingredients. „Consumers are not prepared to accept taste compromises in exchange for additional benefits, and food producers are placing increasing emphasis on fast, efficient product development. In my view, the most important area of expertise for producers of functional ingredients is an understanding of the applications, properties and behavior of food additives.“

Bioactive ingredients are used in many types of food. The main emphasis, however, is on those product categories which inherently have a positive health image. Probiotic milk products played a pioneering role in the functional food industry and they continue to be very popular. The probiotic cultures which they contain are natural cultures that are also present in the human intestines, and they are thought to have a positive effect on the intes-tinal flora.

Functional bars which cater to very health conscious consumers and also meet the need for convenient, uncomplicated food are also very popular. Europe‘s leading contract producer of food bars, VSI of Holland, uses a number of bioactive ingredients and is very familiar with the challenges which are associated with them. Henk Jan Neerhof, Manager Product Development at VSI, had the following to say on that topic: „Many functional ingredients cause no complications, but some really do present a major technological and sensory challenge. Omega-3 fatty acids are a good example. The problem here is to find a way of dealing with the strong fish taste. We do that by selecting very high purity input material and coming up with a harmonious combination of different aromas when we develop the recipe. We also employ a variety of techniques to keep the formulation as free of oxygen as possible. We do that because oxidation would accentuate the fish aroma. However beyond these techno-logical issues, there are regulatory hurdles to consider when you market functional products.“

Not every functional food is suitable for every consumer. Nutritional deficiencies are often only present in certain segments of the population. The elderly for example have an above-average rate of vitamin and protein deficiency. Biotechnological methods can be used to develop nutrient and nutritional profiles for different target groups. However, the necessary understanding of how these substances actually function inside the body has to be improved in order to develop the appropriate food components. The Food Biotechnology section at DECHEMA issued a position statement in 2012 which summarizes current research needs.

The importance of food which offers additional nutritional benefits goes beyond the realm of nutritional science. It also has major economic significance. According to Euromonitor International, the market for functional products in Germany generates turnover of around €4.5 billion. Sales in the industry have increased by nearly 30 % since 2005. In addition, functional food is sold at premium prices. Figures published in AC Nielsen‘s TrendNavigator Functional Food report indicate that probiotic milk drinks cost up to 100 % more than stand-ard versions. Higher margins and innovative production methods in the functional food industry which are difficult to copy offer significant opportunities for small and mid-tier com-panies in particular. Faced with shrinking margins in the mass product segment, these companies continue to lose market share.

It is also important to keep in mind that small and mid-tier companies play a huge role in the German food industry. According to figures released by the Federation of German Food and Drink Industries (BVE), turnover in the food industry in 2010 was in the region of €150 billion. The roughly 5,900 companies in the industry had a total workforce of about 544,000 persons. 55 % of the companies provided employment for less than 50 persons, and 98 % had less than 500 employees. The func-tional food niche market is particularly attractive for these companies.n

The trend reports are compiled by specialized international journalists.