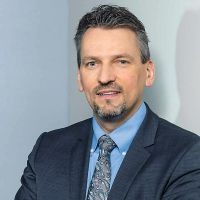 Huge examples of human endeavour such as the Pyramids along the Nile or the Panama Canal appear modest in comparison with the Saudi petrochemicals complex Al Jubail. After Jubail 1, plans have been made to build a US$53bn 20 km2 Jubail Industrial City 2 with refineries, chemical and fertiliser plants, as well as other industrial installations.

The Saudi government‘s first announcement of its vision for the Persian Gulf pearl fisher village Jubail in the 1970s was greeted with incredulity. Even Time Magazine commented that from the building of the Egyptian pyramids to the construction of the Panama Canal no endeavour has ever been attempted on such a scale or at such expense as the construction of Jubail Industrial City. There were two main reasons for the choice of location: One is the proximity of the national oil drilling facilities; the other is the ready sculptability of the sandy coast and the hinterland. Just how important this is becomes clear on considering the sheer dimensions of the second expansion currently in the planning and construction phase: For this construction project more than 35 million m³ of sand, rock and soil have to be moved over an area exceeding 20 km². This task is being planned and executed by the „Royal Commission for Jubail and Yanbu“ together with the US engineering company Bechtel (Saudi Arabian Bechtel Company, SABCO). Actually, Jubail is one of several petrochemical locations in Saudi Arabia. Large scale projects are also being planned or are under construction in Yanbu on the Red Sea.

Jubail 2 complex will be developed in four phases

The Jubail industrial complex can be divided into two main sections: The 8,000 ha Jubail 1 complex located at the industrial port, to which refineries, steel, chemical, and fertiliser plants have successively been added since 1975, and the new Jubail 2 complex, due for development in four phases. Moreover, Jubail is also home to the world‘s largest seawater desalination plant supplying 50 % of Saudi drinking water from the waters of the Persian Gulf.
Nineteen large industrial plants producing steel, aluminium, plants, cement, and finished goods, as well as fertilisers, are located in Jubail 1. All the installations are monitored by Saudi Basic Industries Corporation (SABIC) and its subsidiaries. Electric power is supplied by Saudi Consolidated Electric Company (SCECO) – to the tune of 6 GW.

Huge foreign investments are expected for the development of Jubail Industrial City 2. The four phases of the overall project are expected to be completed by 2022. Work is currently in progress on the infrastructure for the refineries and petrochemicals plants: Thus the industrial complex is to be fed with 6,000 m3 of cooling sea water per day through four-metre-diameter pipes. A new 800,000 m2 quay is to be added to the industrial port to permit shipment of the petrochemicals produced in Jubail 2 all over the world. The 8,300-ha expansion will provide space for a residential town as well as the industrial area of Jubail 2.

In April of the previous year, Saudi Aramco together with Dow Chemical decided to build a US$20bn petrochemicals complex in Jubail 2. The contract for front end engineering and design went jointly to the US plant engineering company KBR, Foster Wheeler, and Jacobs Engineering. In mid-January 2011, Saudi Aramco and its joint venture partner Dow Chemical announced the awarding of three EPC contracts for the project. The first contract is for the construction of hydrogen, carbon monoxide, and ammonia plants. According to the industry information service „Chemicals Technology“, Praxair, Linde, Air Liquide, Air Products & Chemicals, as well as Abdullah Hashim Industrial Gases have been shortlisted. The second contract concerns the construction of two plants for the production of methylene diphenyl diisocyanate and toluene diisocyanate, two precursors for plastics production. Several companies have already qualified as tenderers for the project: Fluor, Daelim, Technip, JGC, Aker Kvaerner, Sinopec SK E&C, as well as Hyundai E&C. The third project is for construction of aniline-formalin and DNT-nitric facilities. Daelim, Toyo, Technip, JJC, Technicas Reunidas, Saipem, and Samsung are qualified tenderers.

Per Funk in die Cloud