The Future Comes in Many Guises

Will China or American technology companies dominate the world of the future? Whoever can predict global developments and trends will find it easier to make strategic decisions. Evonik has therefore developed five scenarios of the future – and these show not only how the specialty chemicals industry but how our very lives could change by the year 2040.

The pivotal question at the beginning of what the author claims to be the world’s largest study of this kind into the future of the specialty chemicals industry was: Which shaping factors can exert a long-term influence on the future of the specialty chemicals industry? The answer should deliver scenarios which show how the future world might possibly look. The emphasis here is on the word “possibly”: „Our scenarios may become reality, but they don’t have to“, explains Harald Schwager, deputy CEO with responsibility for innovation. These scenarios are not forecasts of the probability that x or y will actually happen. Instead, they are intended to define an “option space” and thus permit testing of the future viability of product developments, business models, or efficiency strategies.

In order to developed the five scenarios, company scientists have collected a range of data and analyses. Some 100 interviews with internal and external experts from the fields of chemistry, politics, business as well as other sources such as future studies and workshops provided the basis for this work. The experts adopted a complex process to identify and analyse key factors, deduced possible developments, and combined them to yield five very different scenarios.

Business as usual? In the first scenario, there have been no dramatic shifts up to the year 2040. Picture: padmak – stock.adobe.com

The first scenario developed assumes that the world has indeed changed but, but slowly and gradually. There have been no dramatic geopolitical and technological shifts up to the year 2040 and global economic growth remains strong. It benefits from a strongly growing middle class and hence from increasing demand.

Since no new competitors have appeared, this scenario initially paints a positive picture for the established players in the specialty chemicals sector. Yet in this case the search for environmentally friendly processes would recede into the background. Sudden and all the more radical interventions from legislators then become all the more likely.

In complete contrast, the second scenario singles out sustainability as the guiding economic principle of the global economy up until 2040. Digitisation, advances in biotechnology, and cheap electricity from renewable sources enable sustainability and also make it economically attractive.

Industry – including specialty chemicals companies – has therefore trimmed its processes, products, and business models to sustainability without waiting for any kind of global regulation. Ecological properties of products are no longer a cost factor in this scenario, but promise additional profits and an opportunity to stand out against the competition. Shorter distances and hence greater proximity to suppliers and end-user markets would also be more important. 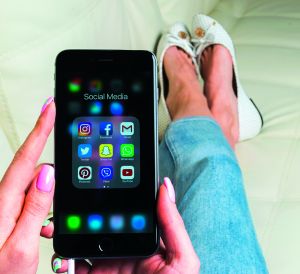 Digital champions will dominate the world economy in 2040 – if the third scenario is right. Picture: Aleksei – AdobeStock

In the third possible scenario, the large internet enterprises have used their knowledge and their particular way of thinking to increasingly penetrate traditional industries and capture part of the added value they produce. The digital champions form horizontally networked and closed ecosystems and thus dominate the markets and contacts to the user.
Manufacturing enterprises thus increasingly assume the role of contract manufacturers. For well-established companies in the specialty chemicals sector, this means that they develop such ecosystems themselves or attempt to occupy their own switching points in the new system – also increasingly deploying digital technologies in order to successfully compete with the internet enterprises.

The fourth scenario sees a world in which many countries have become increasingly nationalistic and is consequently characterised by deglobalisation and waning international solidarity.
Societies have become ever more polarized and populist, authoritarian governments have pushed back democracy. Societies have become ever more polarised and less democratic. Trade barriers and conflicts have compelled companies in the specialty chemicals industry to set up local supply chains and thus also to re-open discussions about hitherto viable business sites. 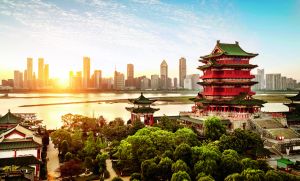 In the future vision of the fifth scenario, China has become a global superpower by 2040 – a military, political, and economic leader. More and more Chinese companies have become market leaders in various key technologies. In addition, that country has also taken the lead in matters relating to environmental protection.

For (European) specialty chemical companies this scenario means that they will have to face new and stronger competitors from Asia. At the same time, it will be important to benefit from the Chinese market and its potential. Here it will be necessary to expand their local presence and to participate in Chinese institutions.

Prepared for any Possible Future

Each one of these future scenarios thus includes developments which could be relevant in the medium to long term for the specialty chemicals business. Evonik will therefore now proceed to “utilise the results of the scenario project for our innovation processes and strategies”, said Chief Innovation Officer Ulrich Küsthardt. The influence of the scenarios on business models, customer expectations, and material flows is to be analysed in workshops. Moreover, business sectors or entire regional organisations should use the scenarios to test the robustness of existing strategies, to further refine strategies as needed, and to plan new strategies.

Ideally, a single strategy or a single business model will function equally well in all the scenarios. However, since the future visions differ very widely from one another and are partly mutually contradictory, the most likely practical approach will be to prepare the organisation or the entire enterprise to meet each one of the possible future scenarios.