EU chemicals sales almost doubled in the last decade. This is the good news. The downside is the fact that in the same period of time the world share of Europe´s chemical industry halved. This figure summarizes the breathtaking development of the globalised industry. While almost everybody is talking about the reindustrialisation of the US, current figures about growth of chemicals-producing nations put developments in perspective. The real powerhouse is China. 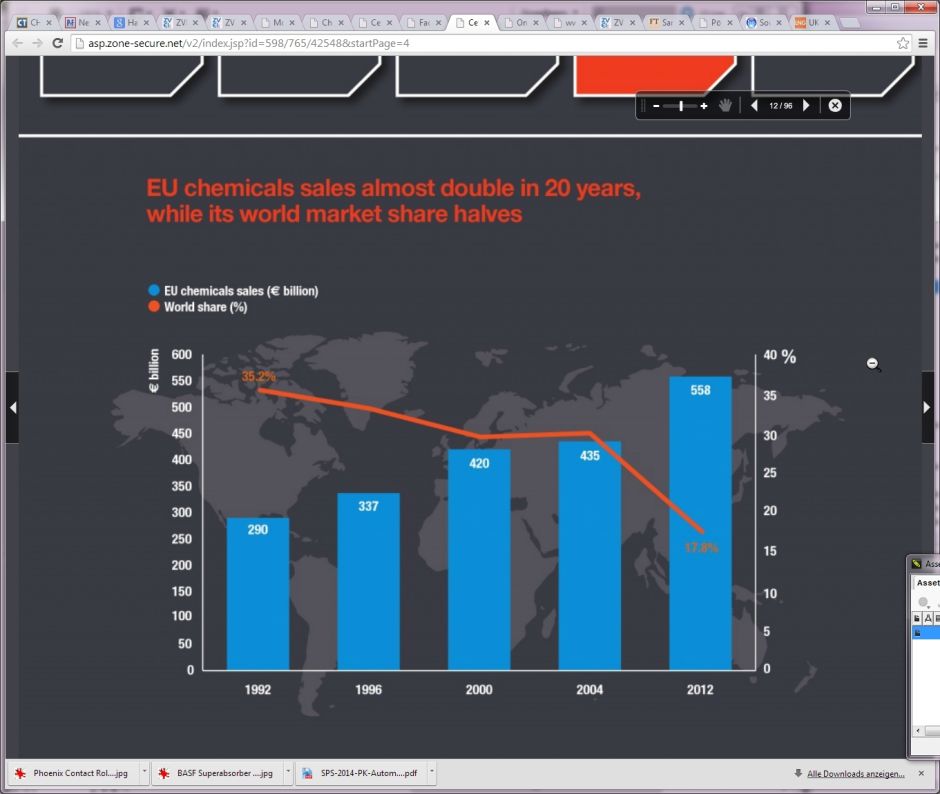 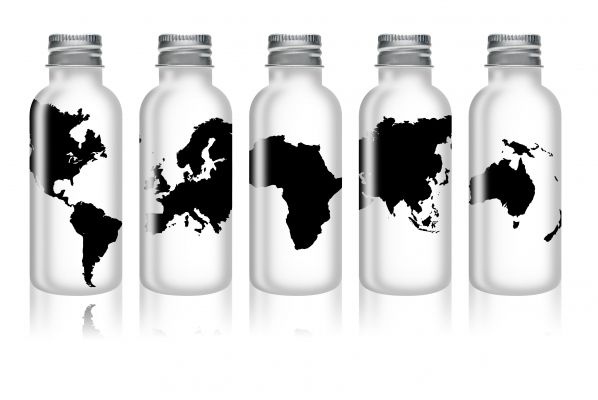 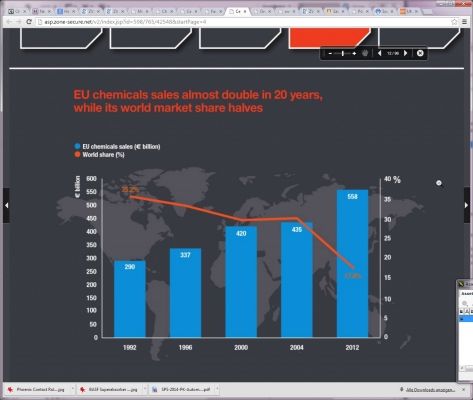 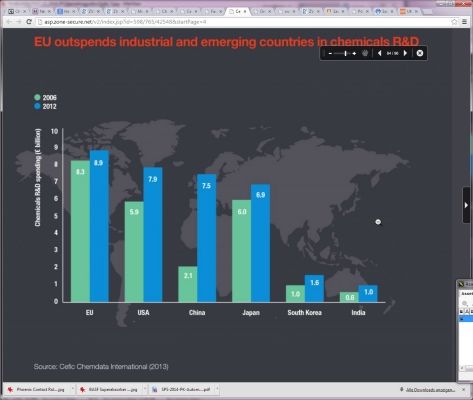 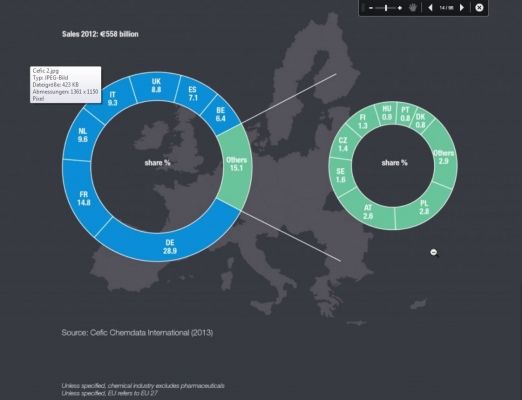 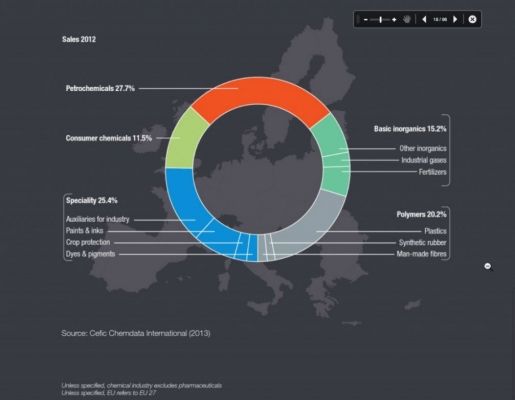 While sales of the top 2 to 10 producers of chemicals grew an average of 11 percent between 2010 and 2013, China surpassed all nine nations by far. Sales of chemicals „Made in China“ rose by 80 per cent in three years. With sales now worth € 1,290bn China sold twice as many chemicals in 2013 as the second largest producer, the US. Total European sales accounted for € 928bn. But the dynamic is very different. By end-July, European chemicals sales were only 1.0 per cent above the peak achieved six years ago, in 2008. Hubert Mandery Director General of Europe´s chemical industry association Cefic states: „We are facing headwinds. Sector growth is flat, and our EU net chemicals trade surplus is beginning to narrow. It is difficult to compete in a global marketplace with energy and feedstock-rich regions like the US and the Middle East.“ The association mostly criticises high energy prices in Europe: „It is high time for our policymakers to put national and European energy policies in order.“

Energy costs are the European industry‘s Achilles‘ heel, especially compared to the oil and gas-rich Middle East, and more recently to the United States, which is riding on a shale gas boom. The European chemical sector is also grappling with slipping investments and increasing regulatory complexity, exacerbating the competitiveness gap with its rivals to the detriment of innovation and job creation. According to a recent study, Europe‘s high energy costs and lower R&D spending intensity over the past two decades have dented the EU chemical sector‘s competitiveness in the global export market. The Cefic-commissioned report, produced by Oxford Economics, concludes that lost competitiveness has eaten into the EU share of global exports, which fell to 21 per cent in 2012 from 31 per cent in 1991. The study shows that the EU industry‘s diminished share in world sales is mostly due to a decline in competitiveness as opposed to slow growing destination markets. Even the EU industry‘s domestic sales market share has dropped.

Slowdown in the United States but Confidence for 2015

But the slowdown is not only a European phenomenon. Latest figures from the US show similar trends. The Chemical Activity Barometer (CAB), a leading economic indicator created by the American Chemistry Council (ACC), featured a slight decline of 0.1% in October 2014. Yet ACC still expects further U.S. economic activity through second quarter 2015. Additionally, though the pace of growth has slowed, current gains have the CAB up a healthy 3.6 percent over this time last year, and the barometer remains near its post-recession high.  „Geopolitical dynamics in the Middle East and Ukraine, Ebola, and other recent events lead to higher uncertainty and uneasiness,“ says Dr. Kevin Swift, chief economist at ACC. „This decline, coupled with overall slowing of the pace of growth, suggest the U.S. economy is facing stronger headwinds. On the bright side, however, all indications still point to slow growth through the first half of 2015.“

In Europe, the trend towards specialty chemicals remains: Petrochemicals output continued to slide, down 6.5 per cent during the first seven months of 2014 compared to the same period the previous year. This decline was partially offset by 3.3 per cent output growth for specialty chemicals and a 1.5 per cent uptick in consumer chemicals. Year-on-year, polymers grew by 0.4 per cent, whilst basic inorganics edged up slightly by 0.2 per cent. Total EU chemicals sales during the first seven months of 2014 remained nearly unchanged compared with the same period last year, just 1.0 per cent higher than the pre-crisis full-year peak reached in 2008. July sales fell by 0.6 per cent compared to the same month the previous year.

The downward trend in Europe´s chemical industry can, according to the Oxford report, be halted or even reversed most significantly by reducing energy costs. It also encourages research and development in product and process innovations, which are the foundations of the sector‘s longer-term growth. The report estimates that over the next 15 years such measures could boost EU GDP by up to €35 billion and create more than 500,000 jobs, half of which would be in the chemical sector. „A coordinated EU energy policy would be a major contribution in re-establishing the European chemical industry‘s competitiveness, re-launch investment and stimulate research and innovation,“ said newly appointed Cefic President Jean-Pierre Clamadieu at a press conference in Brussels. „With such a policy, European decision makers can boost more broadly short- and long-term industry competitiveness and lay a solid foundation for growth.“
The study‘s findings on the export decline back up recent data from Cefic, showing that while the EU chemical trade surplus reached a €48.7 billion record in 2013, net EU chemical exports for the first seven months of this year fell €2.7 billion from the same period in 2013. The decline was due to lower exports to Asia and the United States on the one hand and mounting pressure for US and Middle East imports on the other. Energy-intensive chemical segments like petrochemicals and polymers, which account for half of EU chemicals exports, were especially hit.